“What is more important to me than my present desire?”

“What is more important to me than my present desire?” 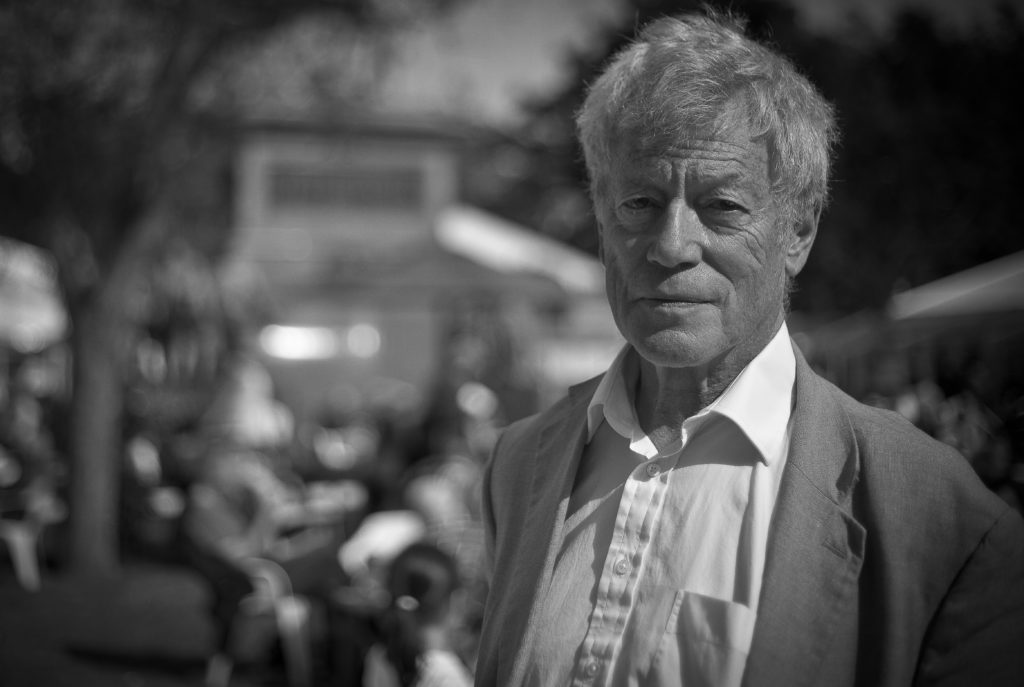 Roger Scruton is a philosopher, public commentator and author of over 40 books. He has specialised in aesthetics with particular attention to music and architecture. He engages in contemporary political and cultural debates from the standpoint of a conservative thinker and is well known as a powerful polemicist. He is a fellow of the Royal Society of Literature and a fellow of the British Academy. For further information, please click this link.

KP: ‘What is more important to me than my present desire?’ Why is this a particularly important question to be asking oneself?

RS: Because it’s the question that stops us being simply swept away by our appetite, and living only in the moment. Always, at any moment in your life, there’s something that you want. It might be something that you want urgently, but there are other things that are probably more important to you that are not urgent-in-the-moment things, so you put them out of mind. So, my present desire for yet another glass of wine, is in conflict with my thought that my health is more important to me than that. My current desire to plant a kiss on the lips of this girl, is in conflict with my view that marital fidelity is important etc. The more you think in this way, the more you downgrade your present desires, and increase the long term perspective on your life. It is that long term perspective where your happiness and fulfilment reside.

KP: Do you think that this question is particularly pertinent right now in our culture?

RS: Of course, totally pertinent. We are besieged on every side with demands to consume this or that, constant titillation by the media, and of course with the internet and everything – all the pornography and violence. Everyone knows when they get into that, that it’s wrong, and they are in the grip of something that has locked them into the present tense, and that their life is not only in the present tense. It has a past, a future and a fulfillment – and that they are destroying the possibility of that fulfillment. But of course, we know that this is the devil’s work, this locking of people into their appetites – and once children get into that, they’re lost.

KP: This question is one that does not necessarily mean that our lives will be more virtuous by denying appetite, as we could deny appetite for a questionable purpose – like a suicide bomber or an anorexic might do.  Should we be questioning those things that are important to us?

RS: It doesn’t follow that the things that are important to you are genuinely and objectively important, it only follows that they are important to you. But then you’re right, you have to learn to criticise them too – to look on them from a long term perspective. For everybody there is a point when he or she can say, this thing that I want to do now is not just something I want to do, but something that ought to be done. And if you get to that position, you’re in some kind of peace with yourself. This doesn’t mean that the suicide bomber can’t also be in this position as well, but there is no answer to him, other than to question his conception of what is important – but if it’s founded on a myth, it’s very hard to question it.

KP: I suppose there are two ways of taking the question. You could be saying that life is not about finding gratification, and if so – I’m curious to hear what you think it is about. The other way to read it, is that life is about gratification – but that gratification is best served through reaching bigger goals than appetite.

RS: Well, it’s a bit of both. We all distinguish pleasure from happiness. Satisfying a desire brings pleasure, but it doesn’t necessarily bring happiness. Happiness is the state in which you are content with yourself. Happiness is the state of being at home with yourself, the feeling that what I am it is right to be. That is not a matter of desire, it is a matter of endorsement – to cast a positive judgement on yourself. We all know what unhappiness is, when you can’t find that positive judgement, where you’re always besieged by a sense of guilt or inadequacy, or of having done the wrong thing and so on. And obviously the opposite of that, is something that we all have an interest in achieving.

KP: What do you think the role of education is in cultivating the right desires, or the right things that are important to us?

RS: Right, well – this is an ancient question which was much pondered by the Greeks, and particularly by Aristotle in his theory of virtue. His view was that we do know in the long term what the right kind of character is. We know that there are virtues, and that there are vices – and that virtues are indicative of a successful life, or living in harmony with oneself. And we need to cultivate those virtues, so as not to be at odds with ourselves – so as to be able to flourish. But children don’t understand this, and you can only acquire virtues if you acquire the habits that are involved in them. You must do this first by imitation, even if you don’t initially know the reason you are doing it. We teach children to jump into cold water and not just squeal and run away – gradually we build up courage in a young person in that way. You build up initiative. You build up purity of heart. You build up a sense of justice – by encouraging children to imitate before they know why. Then gradually, as it becomes second nature to them, then they understand that indeed, there is a reason for it. Then you’re able to look on yourself with a positive judgement.

KP: Do you think that this question is pandering to the individual, in what is already an individualistic culture. Should we be asking, what is more important to society, or to the world, than my present desire?

Reminds me a bit of meditation and the thought that we should step back from our experiences into the seat of consciousness where we can more objectively watch things happening to ourselves without being so caught up in the events themselves. There is a sense that this is really living, being aware and awake to what is going on, rather than being lost in the emotions/desires of the moment and tossed through life. It strikes me that you would likely need to achieve this awareness and objectivity as a way of life in order to give opportunity and space to hear Roger’s question in the moment of desire.

Totally agree Aaron, the question needs room to land – which is hard when in the grip of appetite. It reminds me of Alexander Pope’s poem ‘Essay on Man’, he explains that man is at once like a beast and like a God, or as an African proverb has it – we are like trees, our feet planted in hell, our hands reaching out to heaven. That it needs to be a way of life, or habit, seems the case – which is perhaps why upbringing has a lot to do with future success – parents who do not indulge appetite too much create children who can suffer for a higher end.